Educating and Nurturing Since 1953

Admission of students without regard to race, religion, or color 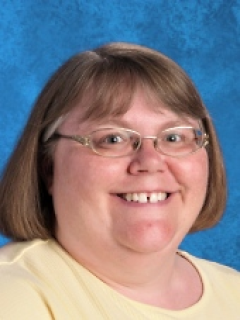 Since grade school, Miss Dunham had dreams of being a teacher.  These dreams became a reality beginning with an Associate’s degree in Early Childhood Education from Hudson Valley Community College in Troy, a Bachelor’s degree in Special Education and then a Master’s degree in Special Education with a concentration on preschoolers, both from the College of Saint Rose in Albany.  While in college and immediately following, Miss Dunham worked as a classroom teacher for toddlers and preschoolers with Rensselaer County Head Start and then as a Special Education Teacher at Capital District Beginnings in Troy.  It was during this time that Miss Dunham adopted two children and began opening her home as a foster parent.  Due to the increasing need to be home with her children, Miss Dunham left the classroom and opened her own day care at home where she served children and families for nearly four years.  During this time, her own family increased in size and blessings with the adoption of two more children. It was then that Miss Dunham felt called to be back in the classroom and began teaching the half day program at St. Jude the Apostle School.  Since that time, Miss Dunham has also taught three year olds, kindergarten and now full day fours at St. Jude while completing the adoption process for her fifth and youngest child.  Most recently, Miss Dunham has also assumed the role as the PreK director and is thrilled to have welcomed a collaboration with A Child’s Place into the PreK program at St. Jude the Apostle!  Miss Dunham keeps herself busy outside of school by spending time with her family.  She enjoys attending her children’s sporting events, baking with her daughters and playing board games with her children.  Her family also enjoys cook outs and trips to the beach.  During rare quiet moments, Miss Dunham enjoys reading and listening to music.

Make An Appointment with the Principal

Our School provides a superior educational environment steeped in Catholic tradition. Providing an authentically Catholic experience while still catering to the diversity of our students and faculty. We are an accredited institution accredited by the AdvanceED North Central Association Commission on Accreditation and School Improvement (NCA CASI). All of our elementary teachers are state certified and undergo continuous professional development ensuring that our lesson plans and curriculum meets and exceeds state standards established for the public school system.

“As parents, what we love about St. Jude the Apostle School is its small size and the sense of community and closeness that comes with it. Each child is able to shine in his or her own way.”

“Our children are excited to learn. The teaching staff at St. Jude the Apostle School creates a strong educational foundation, mixed with genuine care. We know our children are in good hands.”