Educating and Nurturing Since 1953

Admission of students without regard to race, religion, or color

The fourth graders did an engineering design challenge this week called the holiday gumdrop tower. The challenge was to build as tall a freestanding tower as possible utilizing gumdrops and toothpicks. At first in the lesson we talk about what shape is the strongest — circles, squares or triangles. Then the students begin to design a structure to test their hypothesis. Quickly they realize that gumdrops are heavy, and that a wider base is needed if they plan to build higher. We mentioned how strong the pyramids are, and how important it is to have a strong foundation to build upon. A few structures collapse due to the weight and jelly material in a gumdrop, which helps to teach the lesson. Overall, we learned that triangles are very strong in building, and that adding more toothpicks can be beneficial as well. Finally, we talked about the ratio of toothpicks to gumdrops. One group found that having a greater toothpick to gumdrop ratio resulted in stronger towers as well. Great job building these towers fourth graders! 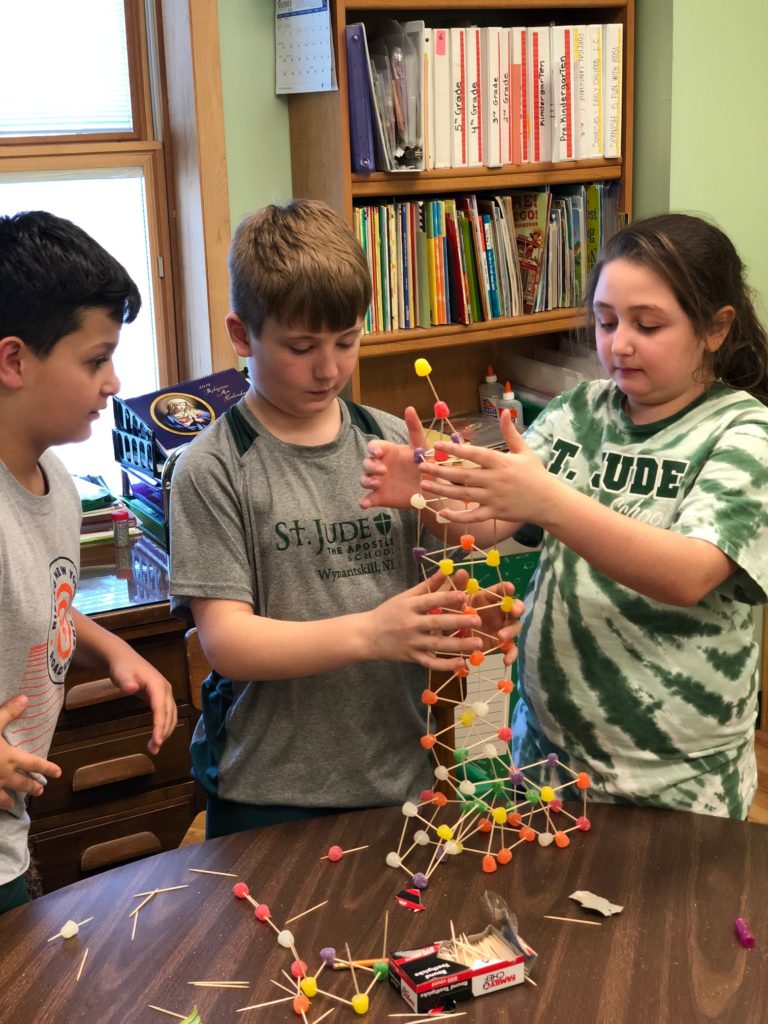 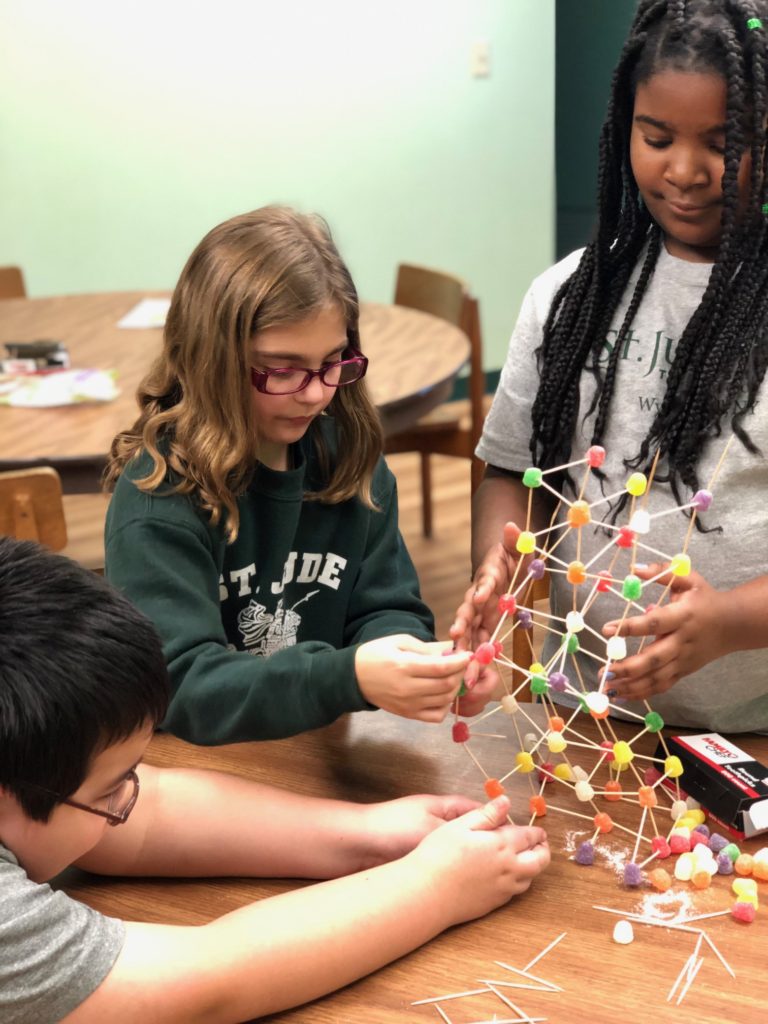 Adding supports to the tower 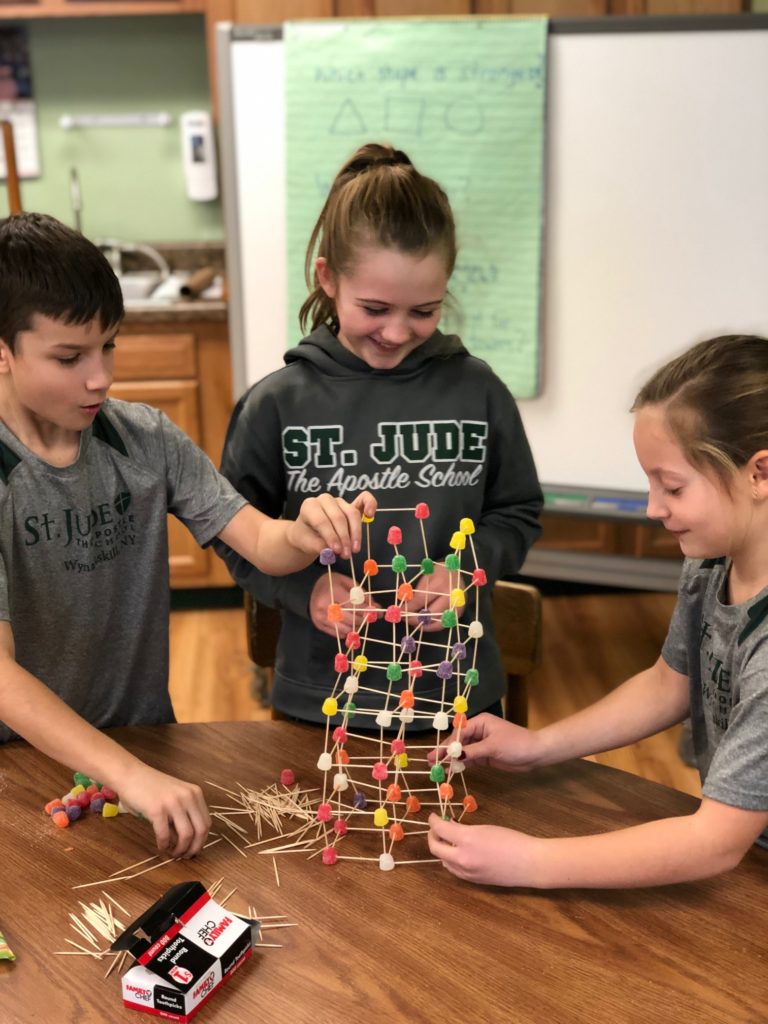 Putting some finishing touches on the gumball tower 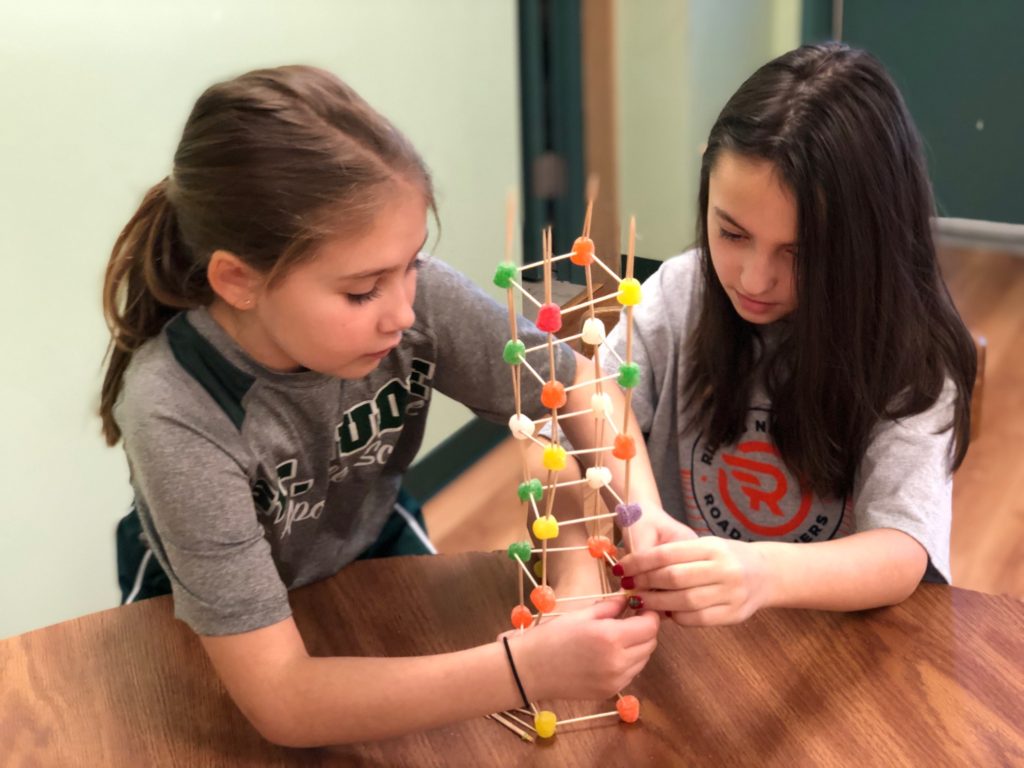 Adding some key supports to the tower

SJS to participate in Harlem Wizards Game
Comments are closed.

Make An Appointment with the Principal

Our School provides a superior educational environment steeped in Catholic tradition. Providing an authentically Catholic experience while still catering to the diversity of our students and faculty. We are an accredited institution accredited by the AdvanceED North Central Association Commission on Accreditation and School Improvement (NCA CASI). All of our elementary teachers are state certified and undergo continuous professional development ensuring that our lesson plans and curriculum meets and exceeds state standards established for the public school system.

“As parents, what we love about St. Jude the Apostle School is its small size and the sense of community and closeness that comes with it. Each child is able to shine in his or her own way.”

“Our children are excited to learn. The teaching staff at St. Jude the Apostle School creates a strong educational foundation, mixed with genuine care. We know our children are in good hands.”